The House: An Essay on Labor and Loneliness

On certain quiet after-midnight hours I hear the place where I live express itself audibly: wooden joints creak, old pipes groan, wind sifts through cracks. My home comes alive for me during these times. And I become not only an inhabitant and a caretaker of the space, but also a fellow living organism in conversation with the dwelling. In my poem, "The House," I explore the tension of this relationship and the impact labor and loneliness have upon that connection. My abode is "belligerent upon disruption," waiting "to be--cajoled into being." The building itself has expectations of its dweller and the narrator must navigate those burdens.

I was especially inspired by works such as "Pensive Hours" by Bamewawagezhikaquay (also known as Jane Johnston Schoolcraft), "Those Winter Sundays" by Robert Hayden (born Asa Bundy Sheffey), and "My Grandmother's House" by Kamala Surayya (popularly writing under the name Madhavikutty). These poems deal with the interiority of human lives as they experience kinship, employment, and gender structures.

Joys and griefs are measured through the lens of home. Meditation and the natural world are juxtaposed with isolation and broken bonds within the domicile. For instance, the poet Surayya imbues her grandmother's house with personality. "There is a house now far away where /  once I received love / ... How often I think of going... / [to] pick an armful of / Darkness to bring it here to lie / Behind my bedroom door like a brooding dog." The building becomes more than an enclosure. The love and care experienced within provide character to the four walls.

However, for the person accomplishing the family chores, "Hours stretch --- / ... Days tumble-- / Halls become tunnels through which my life / walks without me." As Schoolcraft writes in "Pensive Hours," a life lived indoors can feel isolating: "The sun had sunk in a glowing ball / As lonely I sat in my father's hall." So often those performing domestic labor go unnoticed, something Hayden expresses beautifully in "Those Winter Sundays," "Sundays too my father got up early / ... then with cracked hands that ached from labor in the weekday ... made / banked fires blaze. No one ever thanked him."

In my poem "The House" I wanted to hold these contradictions of love and loneliness, labor and leisure within tight proximity.

Atreyee Gupta explores the liminal spaces in which humans interact with society, geography, and identity. Atreyee's work has been published by Arc Poetry, Blue Cubicle Press, Rigorous, Jaggery Lit, and Shanghai Literary Review among others. For a fictional treatise on isolation and belonging, you can read Atreyee's short story, "Cocoon," published by Apparition Lit in their Wonder Issue. For other works, check out Bespoke Traveler, a digital alcove for curious travelers. 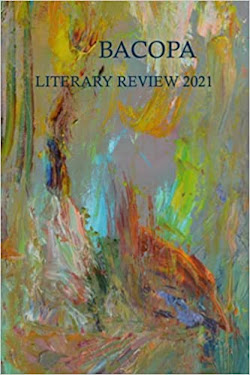 More about what we seek